On the evening of the 22nd, my parents took me to Pearson International, where we had a much less teary farewell than we’ve shared in the past!  Mom of course shed a few, as most Moms would, I guess!

My flight path was from Toronto to Dubai, a four and a half hour stop over, then from Dubai to Joburg.  The first flight was exceptional!  It was on an A380-800 with Emirates, and I was thoroughly impressed with the service and the food – and the size of the plane!  Wow, this thing was massive… a stairway lit up with fancy lights up to the first class FLOOR… not a section, their own floor! (Averaging something like $15 000 per ticket, with access to showers and an open bar. #flightgoals)

Flying over the city lights and into Dubai was exquisite.  The lights and veins of traffic, and the reds and whites of headlights and tail lights really made the city look alive.  I was really hoping that when flying into Dubai, there would still be enough sunlight to catch a glimpse of the city and the Palm Islands and the World Islands!  Fortunately, my flight back will allow that in daylight.  The Dubai International Airport was a nice place to spend a few hours, and I was even granted a meal voucher as the stop over was longer than four hours.  I was able to FaceTime Kinley and show her where I was on her globe pillow! (I loved that!!) 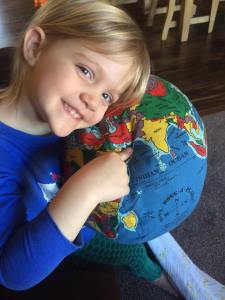 The flight from Dubai to Johannesburg was quite light, and I had two vacant seats to my left (I always choose a window seat on the right side of the plane, for no real reason!) and I took full advantage of the extra space!  I had the biggest smile on my face as the plane landed in Johannesburg, as I’ve been counting down for 165 days for this trip.

*Story inside a story: I’ll share the short version of a story as to who I’m staying with and doing many of my travels with while in Africa!  In 2013, one of my families in Australia, the Simpson family, invited me along to a family day with close friends of theirs.  The Dykes family had family visiting from South Africa for an 80th birthday party, and some of the visitors were Gilli, John, and their son, Nick.  Gilli and I immediately clicked, as she and I have such similar energies and personalities.  We both agreed that it was as if we’d known each other for years, and have been in touch ever since!  When we said goodbye, she made it known that I was welcome in her home whenever I decided to visit Africa.  Needless to say, we’ve been in touch often since then, and I’ve never stopped thinking about the incredible invite!  On a bit of a whim in September, I was texting Gilli about flights and the best times of year to travel the southern portion of the continent, and later that day I booked my tickets! – and here I am now!*

After I collected my bags and made my way through customs, I met up with Gilli and we took the train to Marlboro station to pick up her car, then headed to her home.  Gilli has seven dogs, a cat and a bird at her house!   Needless to say, it’s a busy place, but I’m in heaven!! I will be sure to upload photos as I go!  I arrived into Joburg by 6am, so we were sitting on the porch with breakfast on our laps by 730am, thanks to a lovely lady named Martha that works around the house.  Gilli’s parents, Bev and Tony, arrived midmorning, and I was so pleased to meet them. We visited most of the morning, and got into some planning for my time in Africa.  So far I’ve got two flights booked, two road trips with Gilli up to Zimbabwe and Zambia, and a one week solo adventure / road trip starting on the 28th of February!  There will definitely be travel photos coming soon.

Jet lag hit me like a brick around 2pm. I had a quick nap, and followed that with a shower and some unpacking.  John was home for the day, and Nick was studying for most of the day. One of Nick’s friends is living here too, his name is Connor.  Gilli and I enjoyed a cup of tea on the porch while we visited and did our own individual writing and work.

Just when I thought day one couldn’t get any better, we scooted out quickly to go grab some beer and ciders, and then Gilli’s parents came back for a “braai” – a South African barbecue!  Amazing food and salads. During our visits in the evening, sharing stories and laughs, I was overwhelmed with gratitude and happiness.  This is why I travel the way I do, meeting locals and their friends and families.   I feel so welcome, like I’ve been here forever.  I feel like a part of another family that’s taken me in!  I’m such a fortunate person, it’s unbelievable.  Dinner was amazing, and the company was even better… Oh, and there’s been a deal made tonight, that while I’m here, we’re going bungee jumping in Zimbabwe. Ahhhhhh!

For day one, things have been exactly what I needed.  South Africa, I’m here! 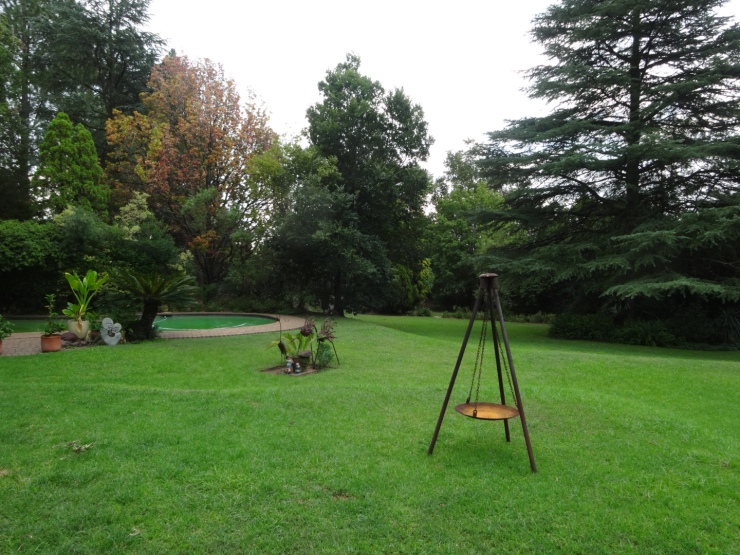 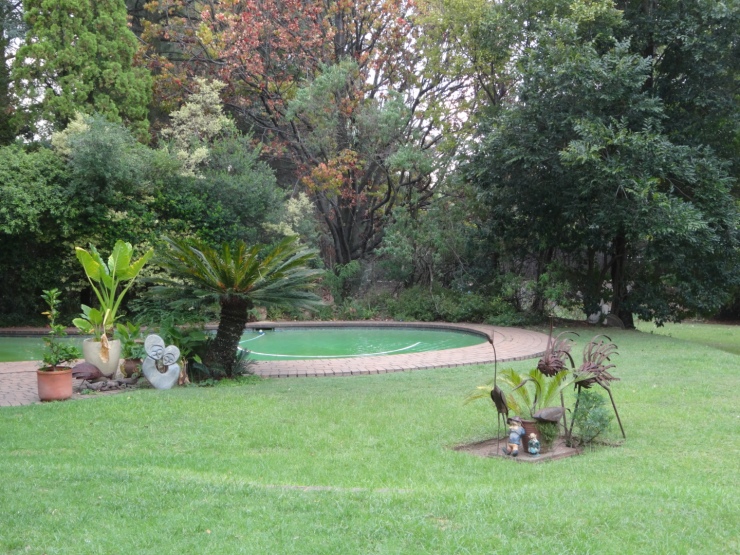 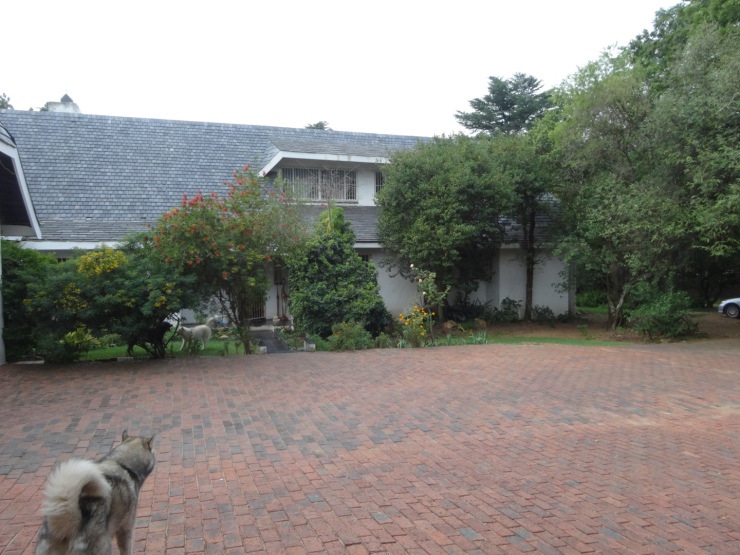 3 thoughts on “The journey and arrival to Johannesburg!”